From the past and current situation :-
1) Maritime Strategies International (MSI) of United Kingdom released their
report with inference “Due to increase demand of sea transport and
congestion in ports, the freight rate sharply increased. Demand for chartered
cargo vessel also rose higher than what MSI expected it to be. Anticipate
that the situation will remain until the end of 2021”
2) Not only the freight rate increased by 3-10 times, it is also well aware that
price index for charter vessel is also the highest in the decade.

3) MSI anticipated that Asia to Europe and U.S.A. routes will become busy again
after Chinese new year holidays as the result of leftover inventory during the
festive period and economic stipulation measure of many countries will be put
into effect.
Route from Asia to U.S.A. which normally takes long transit time and port
congestion still remain the core reason to imbalance import and export
volume which may consequently effect the container shortage situation.
4) If we look into the past inventory of retail industry in U.S.A., we will find the
lowest figure ever in 28 years during the end of 2020. Currently the figure
still remain lower than normal situation.
Despite import record at Los Angeles port during January increased by
500,000 TEU’s, such 1 lone month record is equivalent to 60% of first quarter
of 2020
Executive officer at Los Angeles port, Gene Seroka, indicated that there were
more than 50 vessels detained in the port which number was the highest in
113 years.
5) Should we look into freight rate trend by using containerized freight index of
the world most significant port, Shanghai, i.e. Shanghai Containerized Freight
Index – SCFI, it revealed that week after reopening from new year holidays
was increased by 50.18 points to reach 2,875.93 points. This was after the
industry was once shock with its 10 years new high at 1,938 points during
November 2020. Such new high is just a peanut now. This could be another
reason why liners still keep increasing their rates.
6) Freight rate is still in the up-trend. However, if we study the tendency of
container volume of each port from Container Availability Index (CAx), we will
see that the situation is getting better. Index is rising even though some
ports record more available containers because the flowing in of import

shipments without export in respond to the volume – that may create another
kind of mess, probably. CAx of 5 important ports in conclusion :-
 Bangkok: CAx 20’ container = 0.82 and CAx 40’ container = 0.87 (up
trend)
 Laem Chabang: CAx 20’ container = 0.75 and CAx 40’ container = 0.77
(up trend)
 Long Beach California: CAx 20’ conainer = 0.94 and CAx 40’ container
= 0.93 (big left-behind volume, situation not quite improve)
 Shanghai: CAx 20’ container = 0.58 and CAx 40’ container = 0.55
(substantial amount of containers return to China, previous index was at 0.25
but export freezing during holidays in China made one way traffic of only
import, no export, consequently made situation seem to be a little bit better)
 Kobe: CAx 20’ container = 0.81 and CAx 40’ container = 0.87 (up trend)
Reading Container Availability Index or CAx, we take its balance at 0.50, meaning
that demand and supply of containers is absolutely balance (which is impossible in
any situation). If the CAx is read less than 0.50 means availability of containers in
port is lesser than demand, if higher than 0.50 means number of available
containers is more than demand. Therefore, as read from above index, it is possible
that those 5 ports still remain with some volume of containers, not so absolute
shortage. However, we may have to subtract containers in too bad condition for the
real usage since the index itself does not have this kind of containers in their
reference.
7) Export situation from Asia to worldwide :-
– China : space is still questionable for vessel which transit at Singapore,
Busan, Shekou, Ningbo and Shanghai. Ningbo and Shanghai are the most
congested ports, couple up with problem about availability of container hauling
trailer in China.
– Asia : containers (in good condition) are still short in China, Vietnam and
Thailand, as well as ports in Singapore, Malaysia and south India are still congested.
Importer and exporter should spare at least 5-7 days delay from the published
schedule.
– Oceania : Australia – no question where the empty containers are, substantial
portion is in Australia and New Zealand. Even worse that it was the period of
country lockdown by coincident causing a lot of trouble for shipments to and from
this zone.
– South America : this could be the most terrible zone. Pandemic in very high
level resulted the need for import consumer goods, making high rise of freight rate
consequently, which may be in long run through the end of this year.
8) Import situation from worldwide to Asia

– from Europe : most of the carriers were fully booked through March. Huge
quantity of import could be troublesome unless superb plan for space reservation
was executed for 5-6 weeks in advance.
– from U.S.A. : a little bit better than Europe, however, 3-4 weeks ahead of
time for space booking is highly recommended.
9) Air freight situation – still in very high level of freightage. Waiting for more relief
from restriction-by-country to allow passenger commercial flights back to normal
operations again.
And finally ;-
10) U.S. economy index reveals some recovery, both figures of good production
which rapidly grows, the fastest since July 2020 and numbers of unemployment rate
is getting better. Great numbers of business want to increase their inventory as
quick as possible. However, it is still questionable if this will lead to over stock in the
near future. Keep your eye on.
Credit : page : ZUPPORTS 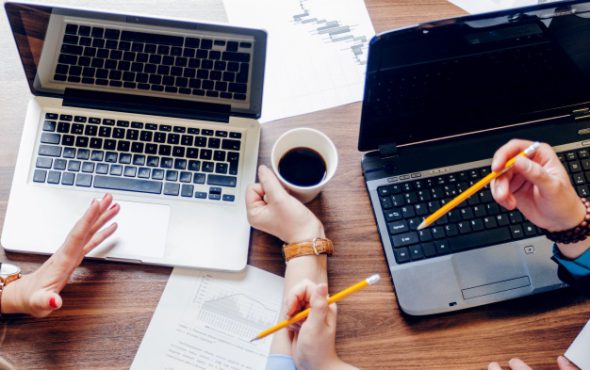