Since INCO term 2010 launched newly implemented terms, DAP and DAT which initially mean to deliver the goods to designated ‘place’ or ‘terminal’ – there was further question about the definition of ‘place’ and ‘terminal’, where should it really be.

To clarify those 2 terms, ICC had also gave the following definition :-

Place – means any designated place as per mutual agreement between buyer and seller to be the spot where goods should be delivered to, likely to be address of factory of the importer.

Terminal – means any designated place which is established to have either one of following 4 qualification :-

In-port or airport cargo terminal, or elsewhere under customs supervision.

Private own warehouse registered with local authority to be cargo terminal

At this stage, if we compare INCO term 2000 with 2010 version, many of you may agree with the author why he thinks INCO term 2000 is the best version ever.  This is mainly because the segregation into 4 categories, the common first-letter of terms in each category, and distinguish of responsibility on relevant expenses incurred in each category, give clarification as to who has to pay such related charges incurred. For example if we are exporter using category F, we will know which kinds of expenses we would have to bear, and if category C, what expenses else we have to pay in addition.

Whenever the definition is clear, exporter would be able to find out the information about any additional expenses in each category and calculate the price of goods for each specific term correctly.

To be fair, above information is also application to INCO term 2010 as well, but the categorizing and sequencing of terms are not disciplinary.  However, most exporters are using only some particular terms they are familiar with and widely comprehensive, such as FOB, CFR or CIF.  This is because it would be too risky to be responsible for any expenses incurred overseas when using other more complicated terms.  Therefore, they limit themselves to the terms that are widely used, for more safety sake.

But why International Chamber of Commerce – ICC has to change the version of INCO term, or it is because of the prior agreement from resolution since 1980 meeting that it must be modified every 10 years regardless how the international trade situation would really be.

Apparently, INCO term 2010 emphasized only in 1 specific issue, that is about the mode of transportation, presuming that importer and exporter should have made prior and mutual agreement from the very beginning that the goods has to be transported by what mean.  However, this is only for main international transport from port in the country of origin to main port in the country of destination.  Should there be any on-forwarding, such should be carried out by waterway to either river or coastal port of final delivery port.  China is the good example for this because China has so many inland waterway ports that need to on-forward after mother vessel calls at the main port.  Practically, such on-carriage is on smaller-size vessel, known as barge.  The mode of transportation cover 1 entire category, though, and the other one is other modes of transportation, such as truck or train.

Couple up with presumption that each country should have established customs bonded warehouse or customs free zone in order to simplify the international trading, therefore, term with the intervention of terminal is included therein.

It is however, observed that the working group of ICC would be too hurry, as the matter of fact, INCO term of any version should be effective as from January 01 or the first day of such year, but for INCO term 2010, ICC working group just launched the meeting in late September 2010, consequently making effective date of INCO term 2010 to be January 01, 2011 instead or 1 entire year late.

From the author’s observation and experience over 9 years of INCO term 2010 be in practice, same old problems still persisted.  That is all about the complication of exact definition in some terms which are different, such as DAP and DAT.  However, easy-referral tabulation had been created to simplify the definition and clarify responsibility of each party.  Such tabulation will be presented in next part. 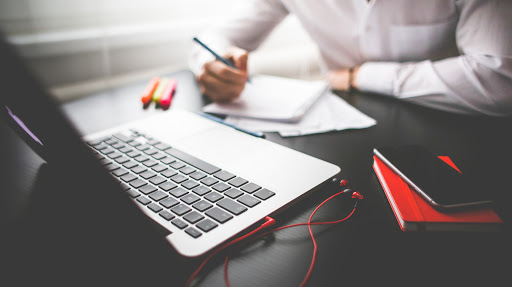